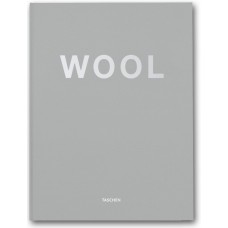 Covering all work phases in large-scale reproductions and accompanied by extensive texts as well as production Polaroids and installation photos by Wool himself. Limited to 1,000 copies, each numbered and signed by the artist.

In-your-face, achingly simple, deceptively frank, the work of Christopher Wool is so very New York. Though he owes a debt to abstract expressionism and pop art, he completely transcends these genres. Whether it’s a text-based painting or an abstract spray-painted piece, his work is immediately engaging. Wool questions painting, like many other artists in his generation, but he doesn’t provide any easy answers. “The harder you look the harder you look,” he puts it in one of his word paintings, and that is an excellent example of how he states the obvious whilst provoking us to think deeper about what seems obvious.

Christopher Wool became known in the mid-1980s through allover paintings produced with rubber rollers commonly used to simulate decorative wallpaper patterns on walls. By 1988 he had hit stride with his dry, dead-pan word paintings (“Trbl,” “Riot,” “Sell the House, Sell the Car, Sell the Kids”), while continuing to explore the possibilities of pattern painting. Since the 1990s, he has been developing the painterly qualities of his work, using a mostly black-and-white palette, starting from abstract lines drawn with a spray gun or layered stock images, overpainting silkscreens on linen, wiping out images, with a widening variety of media, a process that can involve photography, silkscreen, and, in the new millennium, also the computer.

Exploring Wool’s work in close to 500 pages, this monograph is staggering in scope and depth. All work phases are covered in large-scale reproductions and accompanied by production Polaroids and installation photos by Wool himself. Editor Hans Werner Holzwarth has previously collaborated on several catalogs and artist’s books with Wool.Essays and analyses by Glenn O’Brien, Jim Lewis, Ann Goldstein, Anne Pontégnie, Richard Hell, and Eric Banks make this book a great read as well as a definitive study of the artist’s oeuvre so far.

Also available in an Art Edition, limited to 100 copies and with an original artwork by Christopher Wool.

Eric Banks, former senior editor of Artforum, is a writer based in New York.

Ann Goldstein is Director of the Stedelijk Museum Amsterdam, and formerly was Senior Curator at The Museum of Contemporary Art, Los Angeles.

Richard Hell, writer and musician, is the author of the novels Go Now and Godlike and the collection Hot and Cold. His memoir, called I Dreamed I Was a Very Clean Tramp, will be published in 2013.

Jim Lewis is the author of three novels—most recently, The King Is Dead—and numerous essays on the visual arts.

Anne Pontégnie is an independent curator and art writer working from Brussels.

The editor:
Hans Werner Holzwarth is a book designer and editor based in Berlin, with numerous publications mainly on contemporary art and photography. For TASCHEN he has edited, among other titles, Jeff Koons, Christopher Wool, Albert Oehlen, Neo Rauch, Ai Weiwei, and Darren Almond. Fullmoon