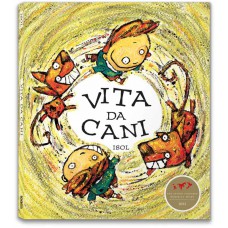 This is the question the little protagonist of this book asks his mother at the beginning of the story.

“My dear, if you were a dog you would love to mess in the mud and run after cars while barking.”

While the answer seems to calm him down for a while, he starts to devise a plan together with his friend Clovis… and it seems to work!
A book that cleverly deals with the ties of affection, solidarity and loyalty between children and animals.