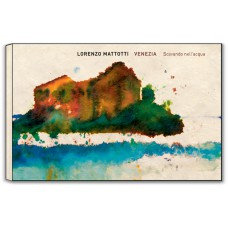 LIMITED EDITION OF 99 PIECES: BOX INCLUDING THE BOOK VENEZIA BY LORENZO MATTOTTI AND A NUMBERED AND SIGNED ENGRAVINGS.

Venice as you have never seen it.

“I had to do something honest for myself. I never thought for a moment about drawing the gondolas and San Marco’s Square, I tried to really understand the city’s structures” - Lorenzo Mattotti

The new publication, VENICE, is a collection of pictures by Mattotti made using various techniques but, more than that, it is his vision of the city or – as Piersanti puts it in his introduction to the book – “It is Venice but it is also the Venice of Mattotti’s dreams. Surprisingly, a Venice that is familiar and never seen before... The real wonder must be this: to be amazed by something that is under the eyes (and lenses) of us all.”