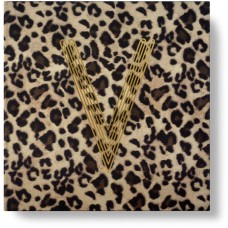 del Rio delights
Up close and candid with Vanessa

Back in 1974, the sexual revolution was in full swing and the adult entertainment business was on the verge of becoming Big Business. Deep Throat had created America’s first porn star in 1972, but just two years later 1974 Linda Lovelace was already retired and the industry was seeking the next big thing. Vanessa del Rio should have been that thing, except in 1974 there were no ethnic sex stars.
Undeterred, Vanessa took any role they’d give her, because, amazingly, she was there for the sex more than the money. Fans, awed by her on-screen passion, made her a top box-office draw and America’s first Latina star. Retired since 1986, Vanessa del Rio remains a sexual icon who cuts across all ethnic boundaries.
What her fans don’t know is that her real life was, and is, as wild as anything she did on film. In this fresh and irresistibly affordable edition, TASCHEN presents Vanessa in all her candor, confidence, and exuberant sexuality through vintage photo shoots, film stills, her own enormous archive, and her own words. And because paper and ink can’t do justice to a personality this big, an original 140-minute DVD documentary is also included.

If you aren’t already convinced, this book will end all doubt that there could ever be another woman like Vanessa del Rio.

“She is a person I dreamed about having sex with. She should go in the hall of fame for best sex scenes in the ’80s.”
—Snoop Dogg

“Her whole body and whole gestalt is so amazing. She was the real thing and not being seen, not being recognized. A true Amazon.”
—Robert Crumb

“She is a role model for every woman who wants to express and enjoy her sexuality.”
—Foxy Brown