MICHAEL FREEMAN. THE PHOTOGRAPHER'S STORY (I) 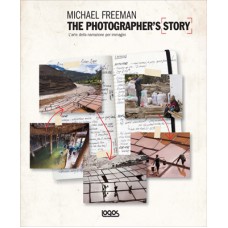 Michael Freeman is perhaps the most widely published authority on photography in the world, not to mention a successful photographer in his own right. This recognition represents the wisdom that only four decades of editorial and commercial work can bring.  A graduate of Brasenose College, Oxford University, Freeman first worked in London’s advertising industry during the period of exciting change that took place in the 60s. In 1970, he made the life-changing decision to travel up the Amazon river with two second-hand cameras, and when many of the resulting pictures were published Time-Life, he chose to embark on a full-time photographic career.