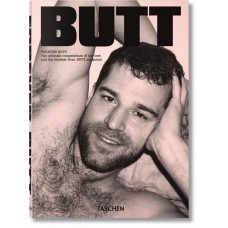 Putting the sex back into homosexuality
The best of BUTT magazine, 2001-now

Designer/editor Jop van Bennekom chose to specialize in magazines after graduating from the Jan van Eyck Academy in Maastricht in 1997. He establishedRe-Magazine as a personal platform, worked for a year as the art director for Blvd., designed the architecture magazine Forum (which won the Rotterdam Design Prize in 2001). Van Bennekom is editor, designer, art director, author, strategist, and publisher in one. Together, Jonkers and van Bennekom launched BUTT in 2001 and 'menswear style journal' Fantastic Man in 2005.