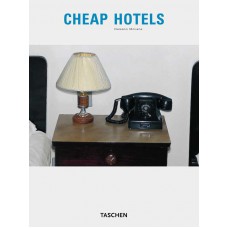 I spent four years on the road, staying in more than 200 budget hotels from Berlin to Bali, and took photos of my rooms before I turned down the covers every night. Along the way, I discovered that travel ecstasy usually increases in inverse proportion to your hotel bill. Cheap Hotels is a quirky memoir of a life lived under hideous bedspreads, a guide to choosing inexpensive hotels that embody the spirit of a place.

Those who fear that travel has become a sterile, globalized experience will enjoy seeing the world through this eclectic parade of rooms from the charming little cottage on a deserted pink sand beach in the Philippines to a closet-sized cubicle on a Venetian canal. This book will delight and tickle travelers, armchair and otherwise, who have found (or imagined) themselves swinging in a hammock on a slow boat down the Amazon, or sleeping in a $28 motel room in the South Pacific. -Daisann McLane

The author:
Daisann McLane writes the Frugal Traveler column for the New York Times Sunday travel section, and is a contributing editor and columnist for National Geographic Traveler magazine. Her articles on culture, food, and world music have also appeared in the Village Voice, Vogue, and Rolling Stone, and she has been a commentator on NPR’s All Things Considered. Her photographs have appeared in the New York Times, Travel and Leisure and Der Feinschmecker. When not holed up in cheap hotel rooms, she lives in Brooklyn, New York.