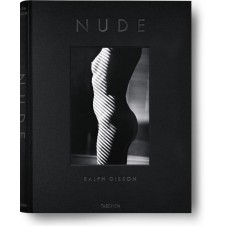 Perfectly intimate
The infinite subtlety of the female form

Collector’s Edition limited to 1,000 numbered copies, each signed by the artist.

"A photographer once said that beauty in women is endless. Perhaps it was I who said it. At least, art history indicates this to be so; the Willendorf Venus is said to date from 25,000 BC. I love photographing women and could say that the form of the female body is absolute and perfect." —Ralph Gibson

The photographer:
Ralph Gibson began taking pictures while in the U.S. Navy in the 1950s, and later assisted Dorothea Lange and Robert Frank before establishing his own studio in New York. The recipient of NEA and Guggenheim grants, Gibson was made an Officier de l'Ordre des Arts et des Lettres by the French government in 1986.

The contributing author:
Eric Fischl is an internationally renowned figurative painter and sculptor. Born in New York and educated in Arizona and California, he is currently based in the New York area with his wife, painter April Gornik.