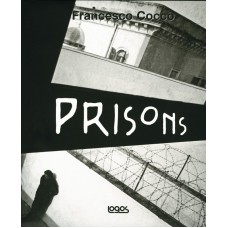 There is nothing more powerful in us than habit: it makes all that is transient and that can already be consumed seem natural and unchangeable, and it keeps us from any further selfprobing. At times it would be useful if we could have the outlook of an illmannered child watching the emperor without any clothes on. I am neither a child, nor naive, nor mischievous: but I am unfortunate, and it is from the depths of that misfortune that I am persuaded to ask the question again. Why are the bodies of prisoners double-locked in the narrow space of a cell? Why such imprisonment? I ask this question over and over again, every day: I ask the other prisoners, and even the guards and the authorities that I happen to come across. And I am asking it again, here, to you who are reading this. One part of the answer is obvious. Some are locked up to restrain them from harming their fellow men and society. A reply just as obvious as it is rare: we prefer to embellish the situation with phrases about re-education. Instead: there are people who must be physically locked up to secure the world from the unrelenting criminal threat they pose. Those are only a small minority of the actual inmates. In other cases, what is the reason of an entire prison structure based on a methodical and suffocating corporeal imprisonment? Here’s another, apparently obvious answer: to keep the convicts from escaping. There are no grounds for that answer. The large majority of inmates poses no threat of escape. In certain cases, it is the actual circumstance of their entry into prison that demonstrates that. People who turn themselves in, even if they could be free and be living elsewhere. In many other cases, it is the compliancy of the inmates to the progressive mechanisms for verifying the sentence – permissions, reductions, partial freedom, custody, etc. – that proves their lack of interest in escaping and fleeing. Convicted inmates leave and come back to prison, on the basis of trust and their own personal responsibility. It is well-known that the number of inmates who abuse the benefits of the law and do not return is less than two percent, a minimal amount. If an earthquake or other havoc were to occur, dispelling the guards and unhinging the gates, 90 percent of the inmates in the prison where I am would stay in their cells waiting for order to be restored; 10 percent would let themselves be tempted by the occasion and would go for a stroll, and would then come back the following morning, on somewhat wobbly legs. It may be an unhappy fancy, but it is a realistic one, believe me. Therefore, the facts that armored doors are slammed, that every morning and night the double bars on the windows are pounded, and that the lights are turned on untold times every night to count the detainees, are not aimed at foiling escapes. So, then? There is still one answer left: to make the inmates suffer. Being closed up in a cage and chained is the worst pain and mortification that mankind can suffer, just as it is for any other animal. Jail is precisely that sort of punishment: not only the lack of freedom, but the degree of constriction and the crushing, the clanging of keys, hands reaching through the bars, faces staring out of the hatch doors. Being punished, like dogs belonging to mean masters, like the children of unbending fathers. This explanation makes complete sense, but it is anticonstitutional, it is illegal: it is forbidden. Even if someone were to expound it in terms of edification, albeit sadistic: this tormenting penitence is the way to reeducation. Forbidden. So what is the reason for such a huge apparatus aimed at constraint, at strict corporeal imprisonment? I don’t know. But not even the authorities and the experts I have the opportunity to consult know. They have never thought about it. The most probable answer is: because that’s the way it’s always been done. Because that is what prison is. And also because, if you take the matter seriously, the moral and material precipice that would open up would be enough to make you tear your hair out. Better to stick to the regulations. Authorities and experts do not feel like asking themselves that question again. Although they allude to it when talking about such reasonable things as “alternative sentences”, “unjailing” and other such things. I think that this cautious moderation seems the best way for them, and maybe the only way to make progress, step by step. Actually, such cautiousness also contains its own limitation, I’m afraid. If we don’t question ourselves again about corporeal incarceration, from the roots up, then we risk getting caught up in technical and restrictive alternatives, starting with such things as bracelets with chips, and avoiding thoughts about the entire universe of various possibilities offered by our era to “resocialization” by means of civil services, useful and generous jobs, and good will.