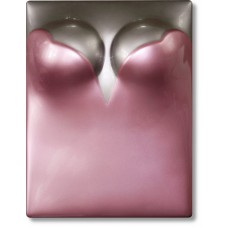 The art of beauty
Naomi Campbell’s rise to superstardom, among the greats of photography and fashion

Collector’s Edition of 1,000 copies, each signed by Naomi Campbell within a multiple artwork by Allen Jones.

Supermodel, entrepreneur, activist, provocateur. Since her teenage rise to stardom, Naomi Campbell has dazzled the world with her looks, her strength, and her irrepressible spirit. The first black model to grace the cover of French Vogue and TIME magazine, she has been the face of hundreds of magazine covers, countless editorials, and advertising campaigns, and a favorite subject for some of the best photographers of the ’80s, ’90s, and today.

The editor:
Josh Baker has been making books for TASCHEN since 2005. His one hundred-plus book collaborations include signed limited editions by Dennis Hopper, Bert Stern, and Ellen von Unwerth, and best-selling pop culture titles such as 75 Years of DC Comics and Norman Mailer’s Moonfire. He lives in Oakland, California.