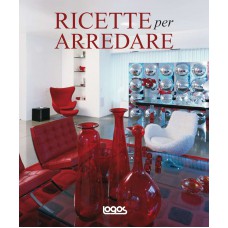 The concept of the home has changed continually throughout history. The most basic constructions at first had just the one space in which all the functions were unified. In colder areas, there was a fire in the middle of the room and the other elements spread around it. This meant the whole space could be heated while the fire was being used for cooking.

As time went on, man began to distinguish day or common zones from night ones. Bedrooms were separated from the rest of the home, which slowly began to integrate different spaces for each use.

Today, in a very distinct and evolved fashion, it appears we are returning to some of the features of ancient homes, as once again we are joining rooms together and reducing areas—not for purely aesthetic reasons, however, but mainly because of a lack of space. Various factors have contributed to the proliferation of small homes. One is the high price of land. Another reason is the change in family types. Throughout history it has been considered normal for various generations of the same family to share the family home all their lives. Today family models have changed. Nuclear families are usually reduced to just two generations, i.e., parents and children, and often homes are occupied only by couples or even individuals.

The reduction in the home’s surface area has led to a need to develop ways to integrate all of a space’s necessary functions in a practical and cosy fashion. Design aspects can be considered when a home is still being planned, prior to the building and distribution of the rooms. This makes it possible to fit it out to make the most of each of its features and apply optimal spatial solutions that match the need of the person who will inhabit it.

This book offers a review of numerous, various architectural and interior design solutions for the houses of the new millennium.