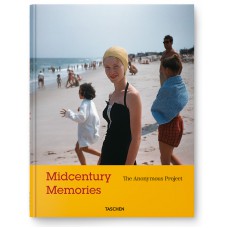 Some 50 years ago, people used 35mm cameras and Instamatics much like we today use smartphones in the age of Instagram and Snapchat. They took pictures of what they ate and drank, where they vacationed, how they celebrated. They memorialized the births of babies; a child’s new bicycle or a color television set; sightseeing in National Parks; fishing trips; weddings; office parties; family reunions; couples drinking, holding hands, kissing, dancing. These occasions were meaningful only to the participants, and perhaps not even to them. Imagining what those meanings might be, the buried emotions or motives that prompted someone decades ago to press the shutter, is the larger purpose behind The Anonymous Project.

It all started with an innocent purchase on eBay. Filmmaker Lee Shulman bought a set of 35mm Kodachrome slides—anonymous family photos—and was so taken with what he calls “the emotional value of these slices of life” that he knew he had to have more. He launched The Anonymous Project in 2007 and has since acquired around 700,000 images either by donation or via vintage sellers.

Now published for the first time, this curated collection of some 300 images taken between the 1950s and ’70s offers an intimate glimpse into the lives of anonymous subjects. The places, dates, photographers, and people photographed may be unknown—but these snapshots and the fascinating stories they contain are universally familiar.

“The subjects in each image are unknown, nameless in a way that highlights the universal nature of photography.”
— New York Magazine