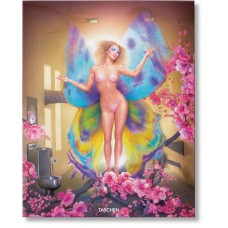 The Most Dramatic Release
Volume one of LaChapelle’s final project, 10 years in the making

The artist:
David LaChapelle was offered his first professional job by Andy Warhol to shoot for Interview magazine. Since then his work has been exhibited in galleries and museums worldwide, including Tony Shafrazi Gallery and Deitch Projects in New York, and London's Barbican. His images have appeared in countless magazines including Vogue Italia, French Vogue, Vanity Fair, Rolling Stone and i-D. In recent years he has expanded into music videos, live theatrical events and documentary film-making.