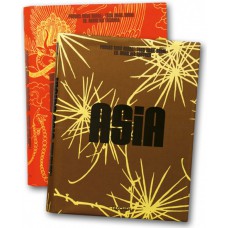 Zen. Soothing. Mystical. Meditative. All the most serene words in the world couldn’t begin to describe the effect of Asia’s most beautiful interiors. Whether it’s a monastery in Tibet, a coffee plantation in Java, or a Tadao Ando-designed house in Japan, each interior chosen for this book is remarkable not only for its aesthetics but for its spirit. Presented in two sublime volumes, these interiors have what it takes to transport you to a sacred place. Breathe deeply, delve in, and be inspired.

The photographer:
Swiss photographer Reto Guntli, based in Zurich, regularly travels the world shooting for international magazines. He has published numerous books and contributed to TASCHEN publications such as Inside Asia, Living in Japan, Living in Bali, Great Escapes Asia and Great Escapes Europe.

The author:
Sunil Sethi is a leading journalist, newspaper columnist, and television anchor based in India. His writings have appeared in a variety of publications around the world.