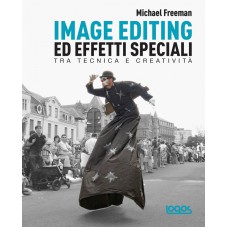 Michael Freeman is perhaps the most widely published authority on photography in the world, not to mention a successful photographer in his own right. A graduate of Brasenose College, Oxford University, Freeman first worked in London’s advertising industry during the 60s. In 1970, he made the life-changing decision to travel up the Amazon river with two second-hand cameras, and when many of the resulting pictures were published in Time-Life, he chose to embark on a full-time photographic career. Of his many books, which have sold over 4 million copies worldwide, more than 60 titles are on the practice of photography. For this photographic educational work, he was awarded the Prix Louis Philippe Clerc by the French Ministry of Culture. Freeman’s books on photography, including the best-selling The Photographer’s Eye, have been translated into 27 languages.