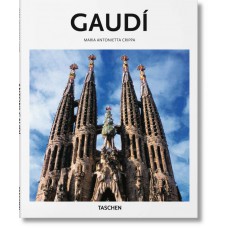 The Dante of architecture
The inspiring, visionary buildings of Gaudí

Wherever they go, anyone who visits Barcelona today will come across the works of Spanish architect Antoni Gaudí(1852–1926), the architect who has attracted art-lovers from all over the world to Spain. It was there, in the capital of Catalonia, that the famous master of architecture produced nearly all of his works. Raised during the Industrial Revolution, Gaudí strove to distinguish and reaffirm the identity of his native Catalonia as Spain and the rest of Europe modernized.
Early neo-Gothic designs were the stepping-stone to the mature, original style that came to be synonymous with his name. Incorporating bold colors and odd bits of material into his designs, Gaudí created inspiring, visionary buildingsand helped establish Barcelona (most notably with the still-unfinished Sagrada Família cathedral) as a city of the world.