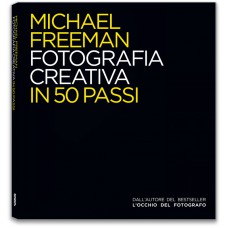 This book is about  those paths, and how  to find your own. Whether you love taking pictures, or yearn to understand what lifts great photographers above the rest, this book is for you.
Featuring the work of over twenty photographers,  as well as that of Freeman himself, this book looks in depth at everything from the early surrealist streets of Eugene Atget to the groundbreaking fashion work of Guy Bourdin and Art Kane, all the way up to the fine-art documentary work of Alec Soth and striking city lights of Trent Parke.
It is most assuredly not a book about camera technology or f-stops. Successful photographers might use their phones, a top-of-the-line SLR, or even film. What they need, and this book reveals, are ways to find that critical spark of creativity and nurture it to full flame.
This is something that anyone can learn. “There’s a long line of opinion,” notes Freeman, “from Plato through Kant, that holds creativity to be unteachable, and to be the province of genius. You have it or you don’t. End of story. I don’t agree”
The paths to creativity are there for everyone to use, you need only know where to find them.
Now you do.