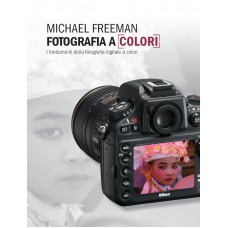 Understand the role colour plays in your images, learn to appreciate its dynamic effects and find out how to capture and reproduce it as precisely as possible in your own images.

The Colour Photography Field Guide provides a unique look at analysing and combining three important ways of dealing with colour. The first is the subjective and cultural response to individual colour: the perception. The second is how colours are found and appear in photography: the science. The third is the means by which they can be viewed and altered digitally: the expression.

- A clear and technically precise look at how colour affects your digital images
- Portable and lightweight, for on-the-spot information and inspiration
- With a host of case studies examining difficult colour situations such as capturing flesh tones and unreal colours