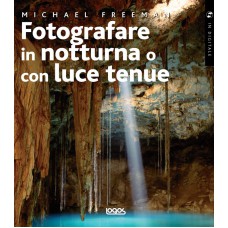 The ends of the day, life indoors, and the entire range of night-time activities

This book introduces you to the cameras, equipment, and software you’ll need to bring these dramatic images to life, before walking you through their use. Inside you’ll find advice on everything from judging ISO settings to rigging up additional lighting, and more besides. What’s more, you’ll not only see page after page of spectacular photos  –  sunrises and sunsets, sparkling cityscapes, and moonlit landscapes  –  you will also learn how those pictures were taken, and how you can produce pictures that are just as spectacular.