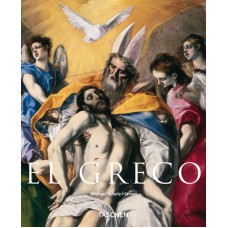 A painter ahead of his time

Cretan-born painter Domenikos Theotokopoulos, better known by his Spanish nickname, El Greco (c.1541-1614), studied under Titian in Venice before settling down in Toledo. Commissioned by the church and local nobility, El Greco produced dramatic paintings marked by distorted figures and vibrant color contrasted with subtle grays. Though his work was appreciated by his contemporaries, especially intellectuals, it wasn’t until the 20th century that it was widely embraced and admired, influencing in particular the Expressionist and Cubist movements.
About the Series:

The author:
Michael Scholz-Hänsel studied art history, history, theatre studies, and Hispanic studies in Berlin and Hamburg, earning his doctorate in 1984. He has taught at Leipzig University since 2002 and has published widely, especially on topics relating to the Hispanic world. His research focuses on cross-cultural influences in the Mediterranean area, for example in the work of El Greco and Jusepe de Ribera.