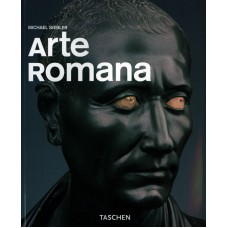 Out of the shadows
Art and architecture of ancient Rome

For a long time, Roman art was somewhat overshadowed by the art of ancient Greece. It was only in about 1900 that a search began for ancient Roman art and architecture. The foundations of Roman imagery were laid in the early days of the Empire under Emperor Augustus. The imperial court and the imperial family were role models for artistic style, taste and fashion—trendsetters, so to speak, which imperial society was obliged to follow. It was at court that the "new" took shape, pieced together from the vocabulary of Greek originals, copies and imitations as well as new creations, but fulfilling entirely new functions and expressing new meanings. The portrait of the ruler and the so-called state reliefs, which enhanced and embroidered real events, by depicting gods for example, had a particular influence in the shaping of the imagery. Using classical stylistic means, Roman art was able to fulfill all the desires and ideas of its patrons for more than two centuries.

Featured works include: Augustus of Primaporta; Gemma Augustea; Lycurgus beaker; funerary relief of the Roman couple Publius Aiedius and Publia Aiedia; Constantine I in a helmet with the christogram; the portrait of a man, the so-called Brutus; equestrian statue of Marcus Aurelius; colossal portrait of Emperor Constantine I; group statue of the Emperors Diocletian, Maximian, Galerius and Constantine I, the "tetrarch group"; personifications of Macedonia and Persia

About the Series:
Each book in TASCHEN's Basic Genre Series features:
a detailed illustrated introduction plus a timeline of the most important political, cultural and social events that took place during that period
a selection of the most important works of the epoch, each of which is presented on a 2-page spread with a full-page image and with an interpretation of the respective work, plus a portrait and brief biography of the artist
approximately 100 colour illustrations with explanatory captions