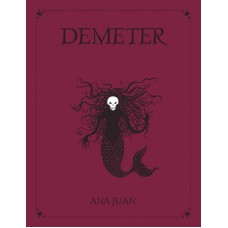 The illustrator and author:
Ana Juan is a Spanish illustrator, author and painter. Born in Valencia in 1961, she moved to Madrid in the early 1980s. She exhibits her works and publishes her books all over the world – Spain, United States, Japan. Well acknowledged for her original, melancholic, romantic and sometimes merciless interpretation of reality and its stories, Ana has illustrated several covers for the New Yorker, editorials for El País and the covers of many novels by Isabel Allende and others classics of the world literature.