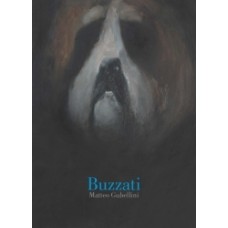 A car climbs up the mountain, leaving behind the village of San Giovanni Bianco, where they celebrate the feast of the patron saint: the village brass-band plays, crammed into a little square, and people make small talk and gossip. Two friends take a distance from the village feast and penetrate into the valley, taking a distance from the daily routines as well, from the trite rites of their existence and get literally lost in the magnificence of nature and her mysteries. They drive up to Cassiglio and decide to take a stroll beside the river Brembo when, all of a sudden, a huge dog appears in front of them, walking with uncanny calmness and eyes full of melancholy. That enigmatic appearance, incarnation of an obscure consciousness, a primordial suffering, seems to be the very soul of nature. The two friends will never go back there, but they will meet again the dog in their dreams.
With lyrical and visionary words and evocative images where monochrome drawings alternate with intense colourful elements in the warm shades of the earth tones, Matteo Gubellini pays homage to one on the greatest names in the Italian literature of the 19th century, Dino Buzzati, who was also a painter and illustrator, with particular reference to his book I miracoli di Val Morel.