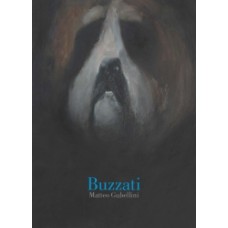 " What we see makes us deaf to any sound
and insensible to the lashes of wind.
…behind the girdle of pines…
in the gap separating them from the rugged rockface,
like the shadow of a sudden cloud, a dog appears.
Silent. Immense."

Matteo Gubellini recounts a journey undertaken by two friends through a familiar landscape where each encounters their solitude, between amateur village fanfares and towering cypress trees caressed by wind.