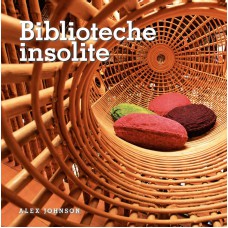 Does your library arrive at your home on an elephant? Perhaps it floats down the river? Is it in your local telephone box, rail station, park – or even in your own back garden?
Librarians have a long history of overcoming geographic, economic and political challenges to bring the written word to an eager audience, they continue to live up to that reputation today, despite the rapid, sweeping changes in how we read  and share books in the 21st century. Improbable Libraries explores this new library revolution, along with the work of the many architects, designers, educators, artists and activists who are breaking the mould to bring the written word to people everywhere.
Just as commentators have written off the future of the printed book, there have been many obituaries for the traditional bricks-and- mortar library. Regardless of the ultimate fate of the printed book, the reports of the imminent death of the library as a physical entity seem to have been greatly exaggerated.
This book is a celebration of the fact that libraries still enjoy a central place in our society, and that ‘librarians’ will always beat the odds to bring books to readers. From the rise of the egalitarian international Little Free Library movement (motto: ‘Take a book, return a book’) to the growth in luxury hotel libraries; whether you’re at a subway station in Chile, on a riverboat in Laos, in a yurt in Mongolia, or without ever leaving home at all – you can still, happily, find just the right book waiting to be read.

The author:
Alex Johnson is an English journalist who works for The Independent and is also an editorial consultant for several charities. He blogs at Bookshelf and Shedworking, both of which have been published as books, most recently Bookshelf (Thames & Hudson, 2012). Both his parents are librarians. Alex’s favourite libraries are the Radcliffe Camera and the Queen’s College’s library in Oxford. After stints in York, London and Madrid, Alex now lives in St Albans, Hertfordshire, with his wife and three children.