BEFORE EASTER AFTER - limited edition 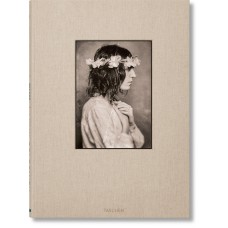 Before Easter After
Lynn Goldsmith and Patti Smith

One of music’s most distinguished photographers and one of its most revered artists, Lynn Goldsmith and Patti Smith first collaborated in the mid-1970s. What followed was an intimate visual survey of a transformative Smith by a photographer whose images have since immortalized a golden era of rock ’n’ roll history.
Before Easter After documents a defining period in Smith’s career through Goldsmith’s probing and empathetic lens. Riding on the critical success of Horses, Smith released the uncompromising Radio Ethiopia and, just two years later, Easter—her most successful and controversial album. Edging toward her concrete post in history, yet free of an established public identity, Goldsmith provided what Smith calls “an atmosphere where I could be myself, unleash my own potential.”
In 1978, Goldsmith went on the road with The Patti Smith Group. She documented formative nights at CBGBs and was there during an accidental stage fall in Tampa, Florida, where Smith broke several vertebrae in her neck. It was during Smith’s recovery that they shot the cover of Easter and its breakthrough single “Because the Night.” Goldsmith’s studio shoots with Smith capture the enormous contradictions between ideals of strength and beauty, and are testament to Goldsmith’s unique ability to draw out both the cool and the spirit of her subjects.
With hundreds of unseen photographs the book also features an introduction, lyrics, poetry, and text by Smith that reflect her own interpretations of this watershed period in her life. Before Easter After pays tribute to an influential creative partnership between Goldsmith and Smith that continues to this day, and serves as fresh proof of the unparalleled talents of two greats who have always challenged the rules of rock ‘n’ roll.

Collector’s Edition (No. 201–1,500), each numbered and signed by Patti Smith and Lynn Goldsmith.

Also available in two signed Art Edition of 100 copies respectively (No. 1–200), each with a print signed by Lynn Goldsmith.

“She was a paragon of cool; always with a trace of philosophy in her sensuality.”
— Lynn Goldsmith

The photographer:
Lynn Goldsmith has documented over five decades of American culture, with subjects varying from music stars and entertainment personalities, to sports legends, film directors, and authors. She has published 13 books of her photographs, and her work has appeared editorially in publications such as TIME, LIFE, Vanity Fair, Rolling Stone, Interview, The New Yorker, Paris Match, and Vogue Italia. Her photographs are housed in institutional collections including The Smithsonian National Portrait Gallery, The Museum of Modern Art, The Chicago Museum of Contemporary Photography and The Rock and Roll Hall of Fame. The winner of numerous awards including the World Press Award in Portraiture and the Lucien Clergue award, Goldsmith was also featured on The New York Times Best Sellers list for her book New Kids.