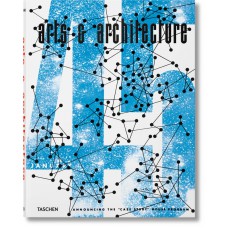 Whilst others were still at the back door to modernism, John Entenza pushed the front door wide open. The charismatic editor of Arts & Architecture and initiator of the Case Study House Program was instrumental in making American architecture and modern American design known worldwide. In the decades after World War II, however, A&A covered not just architecture but also art, music, and politics, in brilliant, bold and enthralling reports. Thanks to John Entenza, who headed the magazine for two decades, this ambitious project produced a magazine that set whole new standards. A&A featured the greatest architects of its time, including Richard Neutra, Rudolph Schindler, Eero Saarinen, Craig Ellwood, John Lautner, Charles & Ray Eames, and Pierre Koenig. Two of America’s most internationally successful architects, Frank Gehry and Richard Meier, were introduced here for the first time. Among the contributors to the magazine were the photographers Julius Shulman and Ezra Stoller, the authors Esther McCoy and Peter Yates, and the cover designers Herbert Matter and Alvin Lustig.

The complete facsimile of Arts & Architecture was published by TASCHEN in 2008 as a limited Collector’s Edition. This selection brings together all the covers and the highlights from the first five years of the legendary magazine and is an impressive contemporary document of modern American architecture.
The author:
David F. Travers is the former editor and publisher of Arts & Architecture, which he ran from 1963 until 1967. He was a consultant for architects, including The Architects Collaborative, William Pereira, Charles and Ray Eames, and Daniel Mann Johnson & Mendenhall. He was also a founding member of Action for a Better Los Angeles, and served as president of the Architectural Guild at the University of Southern California. He lives in Santa Monica.