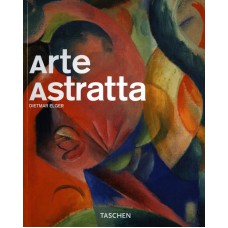 The masters of abstraction

With roots in early Cubism and Futurism and reaching maturity in Op art and Minimalism, Abstract Art encompasses all forms of non-figurative expression. This book explores the diverse ways artists from the early 20th century, beginning with Kandinsky, through the 1960s used abstraction to express artistic ideas, such as the paint splatters of Jackson Pollock, the geometric shapes of Piet Mondrian, the non-objective squares of Malevich, and the complex compositions of Wassily Kandinsky.