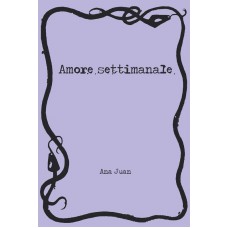 "… sharing something that is ours alone…"

Two lovers, leaving their daily lives out of the bed where they meet every week.
Ana Juan’s illustrations – alongside with expressive, concise texts – will make you feel the pleasant touch of the sheets, their sense of intimacy, but, in a veiled manner, also the other side of the coin.