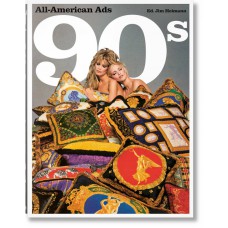 Selling at the End of the Millennium
‘The Lion King’ roared and Michael Jackson reigned as the “King of Pop” when the century turned.

From the Los Angeles riots to the Columbine High School massacre, Americans witnessed events and purchased items that reflected the best and worst of the decade. Bill Clinton’s presidency was in jeopardy, the digital age had erupted, and Silicon Valley was affecting everyone on the planet. Meanwhile nudity and sex ruled the pages of magazines, selling everything from haute couture to fragrances and microwave ovens. Nirvana entertained Generation X while the “Greatest Generation” considered purchasing a Probe and something called a Hummer.
Super Soakers and the game consoles Game Boy and PlayStation were the new toys, as Super Mario World, Gran Turismo, and Sonic the Hedgehog were warping the minds of young people everywhere. Luxury brands were in demand: shoppers coveted a Gucci bag, a Louis Vuitton tote, a Hermes scarf, or a Prada frock. TWA and Continental Airlines still flew the airways and Volkswagen reimagined the Beetle. It was a decade that seemed safely benign, but was jammed with events and consumption on a grand scale, setting the stage for the 21st century.
Featuring six chapters that cover a range of advertising, from food and fashion to entertainment and cars, a Desert Storm’s worth of advertising highlights makes All-American Ads of the ’90s a must-have compendium for every Beanie Babies–collecting, Simpsons–watching, pog-hoarding, and Harry Potter–loving citizen of 1990s consumerism.

The author:
Steven Heller is the co-chair of the School of Visual Arts MFA Designer as Author Program. For 33 years he was an art director for The New York Times, and currently writes the “Visuals” column for The New York Times Book Review. He is the author of 120 books on graphic design, illustration, and satiric art.

The editor:
Jim Heimann is the Executive Editor for TASCHEN America. A cultural anthropologist, historian, and an avid collector, he has authored numerous titles on architecture, pop culture, and the history of Los Angeles and Hollywood, including TASCHEN’S Surfing, Los Angeles. Portrait of a City, and the best selling All American Ads series.